Although copyrights can be attached to most of the content that is uploaded on the internet, providing due protection from plagiarism, the same is not the case for your posts on networks like Twitter. Tweets are not copyrightable just yet and can be easy to copy and plagiarize. Therefore, if you are suspecting that your tweets are being copied and passed off as original, it might as well be the case! And, planning to stop this phenomenon could involve a fair bit of preparation. Thankfully, there are some simple apps that could help you detect who actually copied your tweets! You need to read up on them and master the usage tips in order to arrive at desired results. 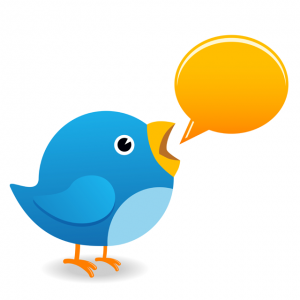 Ways to Detect who Stole your Tweets

To begin with, one of the simplest ways to be employed for detecting who stole your tweets would be to copy your tweets and put them on “Twitter Search”. Alternatively, there is a simple app titled “Who Stole My Tweets” that can truly be of help. Listed below are some salient features of this app that can help you in understanding it a lot better.

1) The app works in two ways. First it would allow you to find who stole your tweet. Besides, it would also detect tweets that have been copied by you! Therefore, you need to prepare yourself for a comprehensive analysis.

2) The app is delightfully simple to use. All you need to provide is your twitter user identification name. The application would go on to analyze the last 50 tweets than have been posted by you and would be displaying them in order of dates. In case you wish to analyze more than 50 tweets for instance, you would be required to pay for it. The free version would only display up to 50 tweets at a time.

4) In order to determine copied tweets, the app takes into account tweets with similar content but no mentions. Tweets with mentions and those that are of lesser than 16 symbols in length, are excluded from the search.

Although plagiarism of tweets is a common problem on Twitter these days, quite often, users may be misled into thinking that their tweets have actually been copied. Often popular tweets may get re-tweeted many times and the mentions might have been left out, resulting in a false sense of plagiarism. These are some of the aspects to be taken into account while detecting plagiarism. However, it would always be advisable to carry out this detection exercise in the event of any doubt.