>This guest post is by Neel Kamal who writes about SEO. If you wants to write and earn money by our revenue sharing program, then just Contact us.

There’s been a lot of controversy, half-baked and otherwise, about Google’s upgraded algorithms. Some people are all in favour, others are sceptical, and some people just don’t like them. The motivation for some of the criticism, particularly about SEO values, has been open to some criticism of its own. 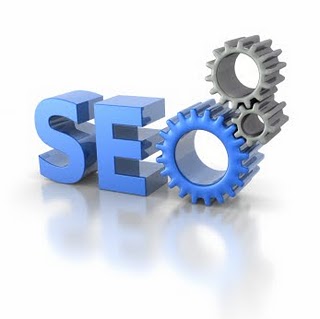 The debate about the criticisms levelled at the SEO issues has got pretty savage. Some people say that Google’s new approach is basically killing SEO and SEM (search engine marketing). Others say it’s unfair, and has completely revised the rules, demoting some sites and making their tagging and keyword operations redundant.

Others have said the exact opposite. Some say that if anything Google has reinforced the value of good SEO and site practices, and accuse the critics of whining about the fact that their spam-tagging and SEO manipulation tactics no longer work. There’s some justification for this latter accusation, dating from the days when manipulating search results using tags was considered very “clever”, despite the fact that these tags produced utterly useless results for people trying to search.

Google has simply said that its regular upgrades and refinements are based on doing their own job of providing the best search results. Google’s policies have been absolutely immovable on this subject, and perhaps just as well. Every time someone comes up with a way of rorting search results, there’s a quite legitimate howl from searchers about useless results, spam sites, and other very highly unappreciated things online.

The silent commentary from SEO and SEM experts

Ironically, the single most obvious factor in this debate to web analysts is that Google’s new algorithms are actually delivering. There’s been a huge silence from the SEO and SEM businesses on the subject, for the simple reason that the fundamental principles of relevance and targeting have been reinforced. So far from “killing” SEO and SEM, they’ve become far more efficient.

There’s a big difference in real SEO and SEO manipulation. True search engine optimization, particularly in the commercial area, has absolutely nothing to gain from “manipulating” search results. Quite the opposite. They need reliable search results based on very clear search principles.

The almost total silence from the SEM marketing professionals also tells a story. Like the SEO side of the equation, anything that makes SEM more straightforward is a positive, and in fact a major positive. SEM is a targeting exercise by definition. SEM also involves a lot of commitment of time and money to marketing processes, and the name of the game with searches is to hit the targets.

If you remember the days when it was possible to search for something like a tank or a giraffe and find that you could buy one on eBay, (sometimes you’d find the same eBay site every time, whatever you searched) you may appreciate why the online experts aren’t complaining about the new regime. The absolute bottom line here is that nobody in the business, whether SEO, SEM, content writers, advertisers or others, are too worried about Google’s new approach. It’s good business, from their perspective.