The modern, digital world seems to have made the world appear smaller at least virtually. We do not need to commute to far-off places for trivial things. Instead, we can sit at home and do most of works online. If that is the advantage of having technology, social media helps to connect to lot of people. Academic and business-related discussions happen through social media sites. People make friends and open various communities and forum. Social media sites like Face book and Twitter are not only the sites for some entertainment and socialization, but they can also go as far as uniting people in marriage. Along with the changing times people have adopted new life styles too. One of them is cohabitation or living together. This does not necessarily be the step before marriage in all cases. There are people who like to stay out of wedlock, but have a relationship. 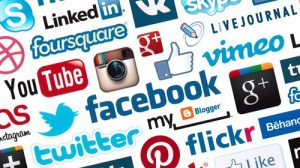 Understanding the impact or social consequences of social media networking is a key to maintaining our personal life intact. According to Face book, every month the world spends about 7 billion minutes on the web site and shares about 30 billion pieces of content- pictures, videos, links etc. This is really a huge time and a lot of stuff. Once people start using the social media sites, there is no control over it. It is unfortunate that there is a very thin line between the personal and the professional in such sites. One does not really come to know when one is crossing the limit. Social media is fast becoming a pervasive force in our lives. Users easily get addicted to those sites. Social media behaviors bring in changes in the users’ lives. It is noticeable that men and women use these sites differently. Women, for example, are more likely to post photos whereas men are much more likely to share videos. Women are less likely to share their political and religious views online, men are more likely to share their political and religious views online.

The use of technology and social media sites has both advantages and disadvantages. It is left to the choice of the individual and users have to decide how to make use of these facilities and how much of them should be used. We do not receive physical salary cheques anymore, instead, we see on our computers if salary has been credited. We question our family physician about the course of treatment or the dosage of drugs on our second visit after having done an extensive research about the newly diagnosed ailment on the web. We do not have to buy any ticket physically, but just take print out of the e-tickets. This is how technology has influenced our lives.

With the pervasive impact of technology human beings are shedding their inhibitions one by one. We are no longer afraid of giving our credit card number to an e-commerce site. The line between the personal and professional is fast becoming thinner. In the frenzy of making new friends and chatting with them, we tend to forget what we shared with them was not supposed to be shared. Such lapse on our part might work towards someone else’s favor. There are a lot of spurious communities on social media sites which ditch people with the help of malicious use of  technology. A good number of gullible users get carried away by the initial pep talk of their newly-found friends on social media sites. Before they realize it fully, they might have come under the others’ control. This is how relationships begin without physically meeting the other even once. An increasing number of people want to be in a live-in relationship and pass time rather than having a secure wedded life. This can be termed as an ill-effect of relying too much on technology and social media since the security of personal life goes with the wind if such traditions are followed.