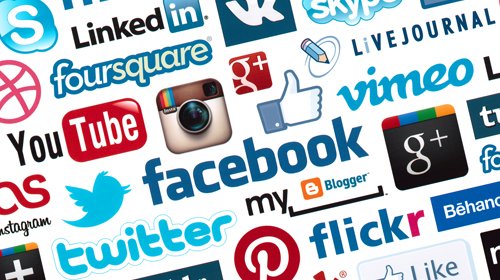 However, the sad part is that the social media sites have serious dangers and harms for the teens and kids. It is interesting to mention here that the top employees of Facebook and other social sites don’t allow their kids to use the social media apps or sites. Parents should wonder why they do so and what can be the possible reasons behind this. In this post, we are going to talk about the most dangerous and harmful social media apps and how parents can prevent their use in their kids.

You may be wondering how this app can be harmful for your kids. On SnapChat, the teens and kids can connect with anyone. They share private details, information, locations as well as their photos with the strangers. These acts weaken their security and make them vulnerable to the predators.

Moreover, SnapChat allows the users to use various filters to create photos and videos with animation. Many of the filters are cool but rest are really weird and harmful for the teens. They may feel down after seeing their body phots and face images with the filters. It can leave long lasting effects on them ruining their life.

The concept of dating apps came a few years ago. After the huge and wide popularity of social media sites, people started thinking of something different and even more addictive. So they came up with the idea to introduce dating apps and websites which allow the users to find their partners and meet them in real.

Concept of dating apps became a reality very soon. And we started many companies coming up with their own websites and apps to engage the users. However, the teens and kids found these sites really new and addictive. They started spending time, finding partners and went to meet their dates.

All this was fine. But in the recent years, many tragic incidents have been reported. Many teen girls were kidnapped, some were killed and others were spiked. Parents lost their kids due to the dating apps and websites. It has created serious concerns for the parents. For this reason, Tinder is one of the most dangerous dating apps.

Facebook owns the photo and video sharing website Instagram. It has become a very hot social media site which allows the users to connect with their friends, strangers as well as their favourite celebrities. It must be noted, Instagram is one of the highest paying social sites for the markers, celebrities and public figures.

You will find most of the celebrities on this site. The idea of Instagram is almost like other social sites. But it is somehow different than the others. On this site, people can share their photos and videos. This lets them gain quick popularity and fame. Many people have become famous because of Instagram.

For kids and teens, this site is never safe. You will find perfect body images. Teens see these photos every single day. They can develop a sense of inferiority as they don’t look as attractive and beautiful as other people in photos. It has far reaching and harmful effects on the brain of teens.

Author Bio: Mia Sophia is a Passionate Blogger at spy app and keeps a keen eye on useful apps and gadgets. Enthusiastic about helping and empowering users with Tech-related stuff. Absolutely loves running and goes for a run whenever she feels.